Among the many reasons I love doing fieldwork, one of the foremost is interacting with people I wouldn’t otherwise meet. In the last two years, I’ve stayed in a number of places, from hotels to zoos, from middle schoolers’ nature camps to my high school maths teacher’s mother’s home. At each of these places, I’ve had the privilege of good company and great food, but the people I would have otherwise been most unlikely to meet are those who come across me when I’m in the field catching lizards

Sitana, the lizards I’ve been studying, occur in all sorts of habitats, including open areas where cows, buffaloes, sheep, and goats are brought to graze. Sometimes cattle come on their own, leading once to a slightly terrifying situation wherein I found myself alone with a giant bull left to graze in a fallow field. Usually, however, the livestock are accompanied by a herder or two, and these herders have been among the friendliest people I’ve met. Spending most of their time wandering through field and forest, they often have a keen eye for the natural world around them—returning to my fieldsite in Kutch in 2013, I had a feeling that lizard densities had dropped since 2012, but wasn’t completely convinced until Shivji, a buffalo herder, confirmed my hunch. Most herders know about Sitana, many can tell them apart from the often sympatric Calotes, and some even have their own explanations for why Sitana display their dewlaps. One herder in Kolhapur, where you find Sitana with brightly coloured dewlaps, told us that by displaying, a male is showing off the sari that he will be able to give to the female who picks him as a husband, and that females pick the males with the best-looking sari—perhaps the most intuitive description of sexual selection by female choice that I’ve come across!

Language barriers can make it hard to explain what I’m doing and why I find it useful to spend hours seemingly staring at the ground or videotaping a rock in the hot sun. Though English and Hindi are enough to get by in many parts of India, they aren’t enough for actual communication. Most herders only speak the local language, and often only an obscure dialect. Still, many are patient, and watch me for long enough to figure out what I’m doing, though why I do it might remain a mystery. And once I’ve suitably impressed them by catching a Sitana and showing them the throat fan, we share awe at the beauty of this lizard!

Here are photos of some of the herders I’ve met while working on Sitana.

Malabhai, cow herder in Virani, Kutch. His wonderful neck ornament inspired me to go on a hunt for traditional Rabari jewellry. I now have one exactly like it! I’ll have a post about craft in Kutch soon.

Latho, a young goat herder in Virani, Kutch. Latho is a non-stop talker! Despite our insistence that he needed to be quiet for us to do our work, he regaled us with stories of why he hated school (he couldn’t sit still long enough) and how the sparrows had built nests in the well and how he would show us a cobra if we took a photo of him and his favourite goat. One day we passed him while driving to the site. I waved out, and Latho took it as a sign that we were leaving Kutch forever. Leaving the goats in the care of his ever-patient father, Latho sprinted about two kilometres after us, to make sure he would get his photos before we left!

Shivji, a buffalo herder in Virani, Kutch.  On meeting us, he offered to make my field assistant, Divyaraj, and me some tea. I was yet to learn that you never refuse milk or tea in Kutch, so my initial refusal stirred up some religion-based anxiety—Shivji thought we refused because we were Hindu and thought that he was Muslim, and that we didn’t want to accept tea from a Muslim. By the time the confusion was cleared up (we didn’t care about his religion, and only wanted to save him the trouble), the tea was ready, and it was delicious! 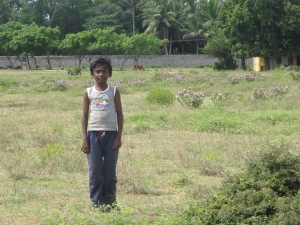 Dorairaj, a goat herder in Vadanemelli, Tamil Nadu. We communicated primarily through expressions, with smatterings of my abysmal Tamil-mixed-with-Telugu and his few words of English. Yet, he quickly understood the difference between boy and girl lizards, and, eyes wide with wonder, exclaimed “very nice!” when I showed him the patch of deep iridescent blue on the Sitana throat-fan. 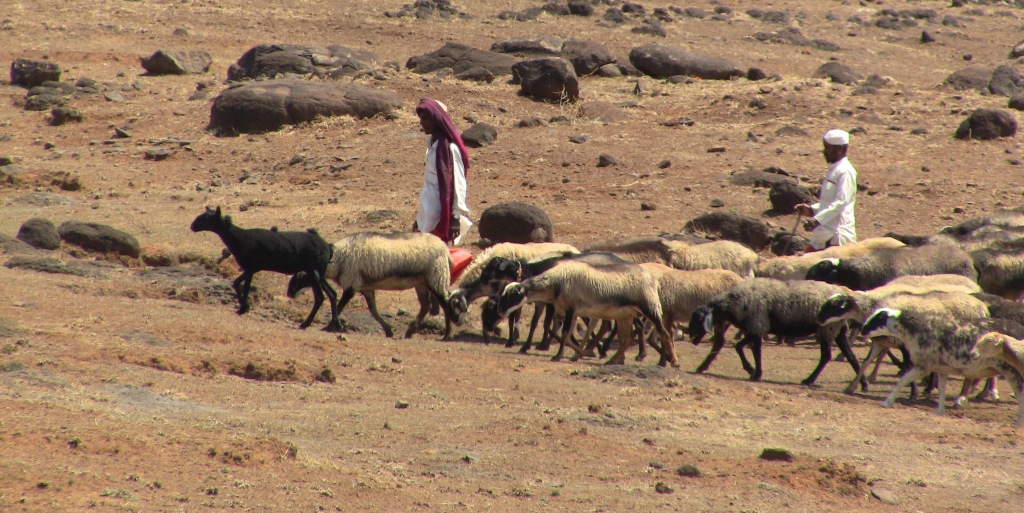 4 thoughts on “The people I meet”