I’m in Gainesville for what I’m anticipating will be my last Ph.D. field season. I’m here to study the movement patterns of brown anoles (Anolis sagrei), trying to understand how their behaviour departs from territoriality to allow for female multiple mating. One of my goals is to observe lizards over a longer period of time than most previous work on anole territorial behaviour, which is why I’m here so early.

But Florida saw an unusual cold spell last week, and it’s still a bit too cold for widespread lizard activity. This morning I saw some evidence that the lizards venturing out in this weather may not be making the wisest of decisions. 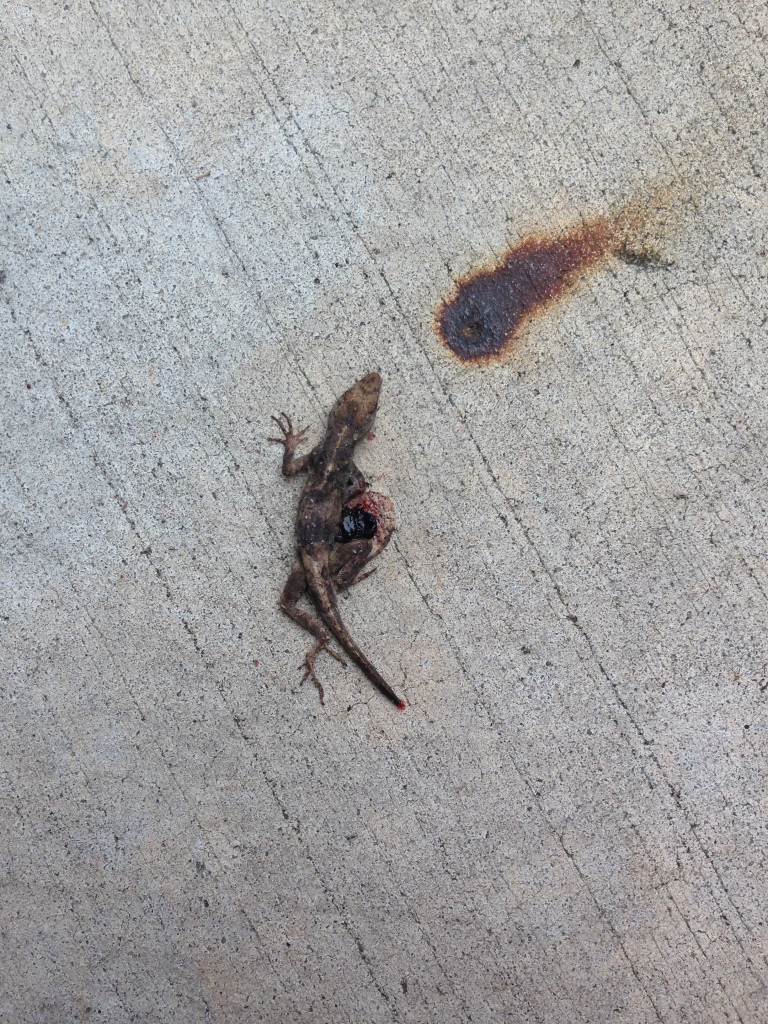 I’m not quite certain how this brown anole died, but he did have just a single wound in his abdomen, from which his innards seemed to be spilling out. Maybe pecked by a bird or clawed by a cat (but then why didn’t he get eaten?)? Maybe accidentally squished by a person? Whatever the cause of his demise, this lizard probably couldn’t escape from it quickly enough. I’m not sure if this is a good or a bad omen for the rest of the season, but it’s an interesting one.

It’s worth noting that this is the first time I’ve seen a dead brown anole. Last summer in Gainesville, however, my field assistants and I saw several dead green anoles (Anolis carolinensis), none of whose causes of death were easily discernable. Here are a couple: 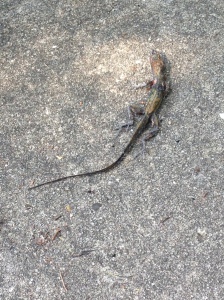 11 thoughts on “A Macabre Start to My Time in Florida”