So I went today to a talk by Rick Prum, about his newly released book called The Evolution of Beauty: How Darwin’s forgotten theory of mate choice shapes the animal world–and us. The talk was much like his New York Times piece, in which Prum seems to argue that our field has ignored Fisherian runaway selection, under which males evolve inexplicably showy traits (bright colours, loud sounds, and so on) that females prefer simply because females prefer them. Which is to say that the traits need not have any intrinsic value, either in and of themselves or as indicators of male quality. 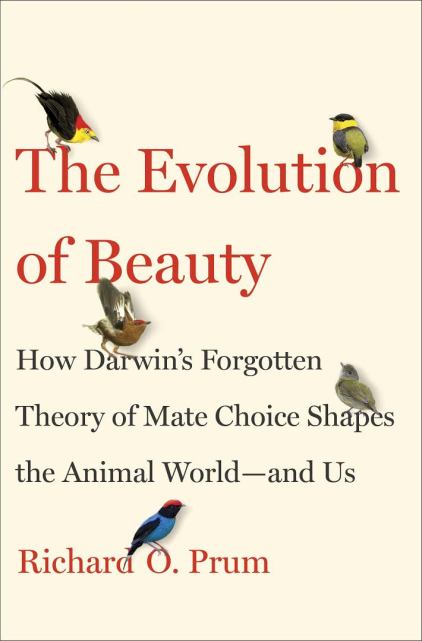 As much as I enjoy critiquing our current understanding of sexual selection, I found Prum’s characterization unfair, and found myself agreeing with large parts of this response from (gasp!) Jerry Coyne. To be mostly agreeing with someone with whom I have also disagreed vehemently, because we both disagree vehemently with a third person–what an exciting time to be studying sexual selection! To counter Prum’s claims that we look only for adaptive explanations for showy traits, Coyne shows this table from a 2009 paper by Jones and Ratterman with examples of empirical work on several non-adaptive models of sexual selection.

A Google Scholar search for papers on sensory bias (an idea that seems a direct descendant of Darwin’s ideas on beauty) and sexual selection readily yields empirical examples, such as this 1990 paper from Mike Ryan and Stan Rand on female Tungara frogs’ preference for particular male calls that “emphasizes the nonadaptive nature of female preference.” They even open their paper with this quote from Darwin!

“. . . it is obviously probable that [females] appreciate the beauty of their suitors. It is, however, difficult to obtain direct evidence of their capacity to appreciate beauty”

A quick scan of the bibliography of Prum’s book suggests that he doesn’t cite this work directly. The word “frog” doesn’t appear in the index. Nor does “swordtail fish,” or even “fish”, or a reference to this 1990 paper by Alexandra Basolo (the example at the top of my head for sensory bias) showing a pre-existing preference for long sword-like tails by female fish belonging to a closely related swordless species.

I’ll have more thoughts, I’m sure, once I’ve read the book, but for now, I’m mostly confused by Prum’s characterization of the field of sexual selection. I’d be the first to admit that what I think we know may in fact be an illusion, and I look forward to being convinced I’m wrong. I’ll no doubt have opinions on a book that Ed Yong has described as “explicitly feminist,” and this post is mostly a way to ensure that I do get around to reading the book and writing a more in-depth review. But for now, I’m skeptical.

One thought on “Defending Sexual Selection (!)”